Books Given Away This Week

Over the course of the last few years, I have donated quite a few books to the library.  In this past week, I gave away 19 books.  Currently my bookshelf contains reference books and some biographies and very few novels, this has cut down my abundance of books drastically.  I read a lot on my iPad and Macbook through the Kindle and this saves so much space in the house.

Minimalism can be a scary word.  With previous attachments to things I am quite overwhelmed by all the stuff I have.  In the past few years I have gradually reduced, and today was a big one.  The sentimental things.  Stuffed animals from childhood, baby clothes from my daughter.  And then there’s the not so sentimental, the bulky things like purses, makeup bags, decorative boxes, the list goes on.  Still a work in progress, but I am finally ready to make some changes for the better.  Less stuff to worry about, more to appreciate.

Life is about love, life is about compassion and understanding.  We are a receptacle of one God.  The indefinable God that doesn’t come out of a Bible, a Torah, an ancient text.  The breathe in each of us, came from the same source.  The water we drink is from one source.  We were once the water and gravel that evolved this plant.   The explosions of anger from tornadoes, earthquakes, volcanic eruptions, that cleared a path for a small village to thrive on.  Or better yet, the clean slate, to make things work the way they should.

“I” came from the ocean.  I fell into it and let go of all fears.  I relied on it and was never thirsty.  I swam in it and was free.  I danced in the ocean, like I was always meant to be there.  I felt God surround me and almost drowned in it’s love.  I didn’t think about physical death, I was never there.  I heard nothing, not even the waves crashing against the shoreline.  I was once a grain of sand in the ocean, then I evolved, and evolved, until sin became my nature. 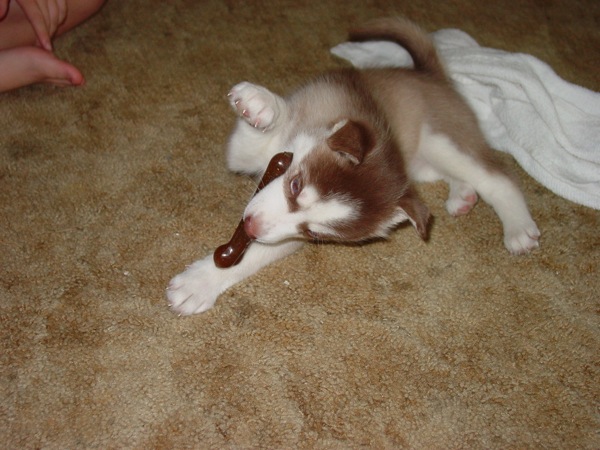 Guess what I did today?

Well, I am finally sitting down after a long day at work.  I managed to escape the office for a local writers group meeting today.  This is a first for me, something besides fast food, a cigarette or two, and a game of Freecell.  I have long awaited finding the motivation to get out in the community and do something besides grocery shopping, taking trash to the dump, or window shopping.  I forgot what it felt like to have non-work-related human contact and how interesting people can be.  I had even started asking the dog for advice.

And for the last part of my day.  I’m tired, just slaved in the kitchen hacking away at produce to provide nourishment for a family of three, excluding the dogs of course.  Boiled the eggs, wondering if there were going to be any surprises inside that would stop me from ever eating eggs again, and “dang it” there weren’t.  I made chicken souvlaki style meatballs to encourage “some people”, e.g., daughter, to open the refridgerator, take out the meatballs, neatly place them on bread, add various vegetables, slap it together, and eat it for lunch or whenever.    So now I am tired, sitting at the computer, angstly awaiting a lightbulb to come on telling me something amazing, awesome, New York Times bestseller to write about.  But, here I sit writing about food and various cooking utensils used to prepare the food.

Does freedom entail confinement to one’s thoughts?  Where does ones’ mind go when there is nothing there?

Writing instruments-my biggest addiction since childhood-are finally meeting their demise.  This weekend, I finally got up the courage to pare down my thrice reduced pen collection by only keeping two pens and one mechanical pencil, e.g., Cross pen, Franklin Covey pen and Cross pencil.  They are refillable, which means less plastic is  being discarded in landfill.
I have pared down quite a lot in the past year or so, but this is a work-in-progress.  My hope for the future is that I will begin to appreciate what I have and take care of it.

Be the only one in the world, and you will miss everything else around it.

God Is Not Separate

What does hatred, greed, sadness bring?
Who is underneath?

God is the cars passing by in the night.

God is the rain on the porch and sound that rustles on the leaves.

The wind that shakes the car when I drive too fast.

We sit in front of the television and get lost in it everyday.

We fail to see beauty when we are lost.

Removing the hatred and bad thoughts and you will find peace.

By invading the land

By pushing views and different values on others

What comes of it?

Where is the freedom when we push?

Who is the receiver, who is vulnerable?

Where can peace be if we instill our beliefs in others?

Who is to blame?

Are we all innocent?

Take a grain of sand and look at it..

What do you see?

A grain of sand?

One grain of sand?

Who looks beyond the grain of sand and only sees what has always been?

No more pushing, no more shoving people to the side.

You have to embrace everything, the good, and the bad.

Because behind the bad, there is good.

And behind the good, there is bad.

It is in everything.

You can call God someone in the sky,

You can call God, the one who failed you in despair.

But who do you always turn to when you are in despair?

Is it God? Is it you, the one within.

You look within and see nothing

You look within and feel nothing

You stop looking and you are nothing.

You are water, earth, wind.  You are everything and everywhere.

Do not take advantage of others.

Do not force others to believe in your beliefs.

Accept others as yourself.

In every moment of thought, thank God.

Show no hatred, only humility.

Accept your faults as the past and move on.

Refuse to believe in anything, only have faith in nothing, God.

Shame is sin, only because you think it is.

Love is the only way to peace.

Love everyone as they are you and part of the collective.

Do not invade, simply embrace where you are.

Embrace all moments and think of, who is thinking.

If someone discloses their beliefs to you, neither accept nor reject them.

You can have feelings of discord, but do not use those feelings to turn against someone.

We are all uneducated, we are deeply influenced by those around us who are uneducated.

They belief in this God, and that God, all the while there is only one God.

Take away the reader and who is left?

Take away all the books and movies and all the living drama, and who is left?

You can visit but don’t stay.

Keep moving, but remember not to disapprove of their beliefs.  Only see God.